A favourite in Fareham, Glass sunrooms are available in a huge range from the expert installers at the outdoor living group. Structures surrounded by frameless glass doors are known as glass sunrooms or winter gardens. A winter garden is also called a glass room, Florida room, patio room and a solarium outdoor enclosure. The major difference between a conservatory and a glass room is the single glazed feature of the glass roofs and the retractable side glazing elements. Glass rooms also remain cool in summer months due to the great air circulation created by opening all the sides up.

Glass rooms allow a lot of natural light to come in, which creates a stunning aesthetic that is unique from the rest of your home. A glass room allows you to enjoy the outdoors of Fareham no matter the weather; rain, sunny, snowy without having to give up the comfort that being indoors provides. Home owners who want an outdoor living space that extends to their garden, go with sunrooms because they are affordable. A sunroom is also great home addition because it comes in a broad range of styles and designs. They are also designed to blend in with your home for a cohesive look that adds to the appeal and feel of any home. 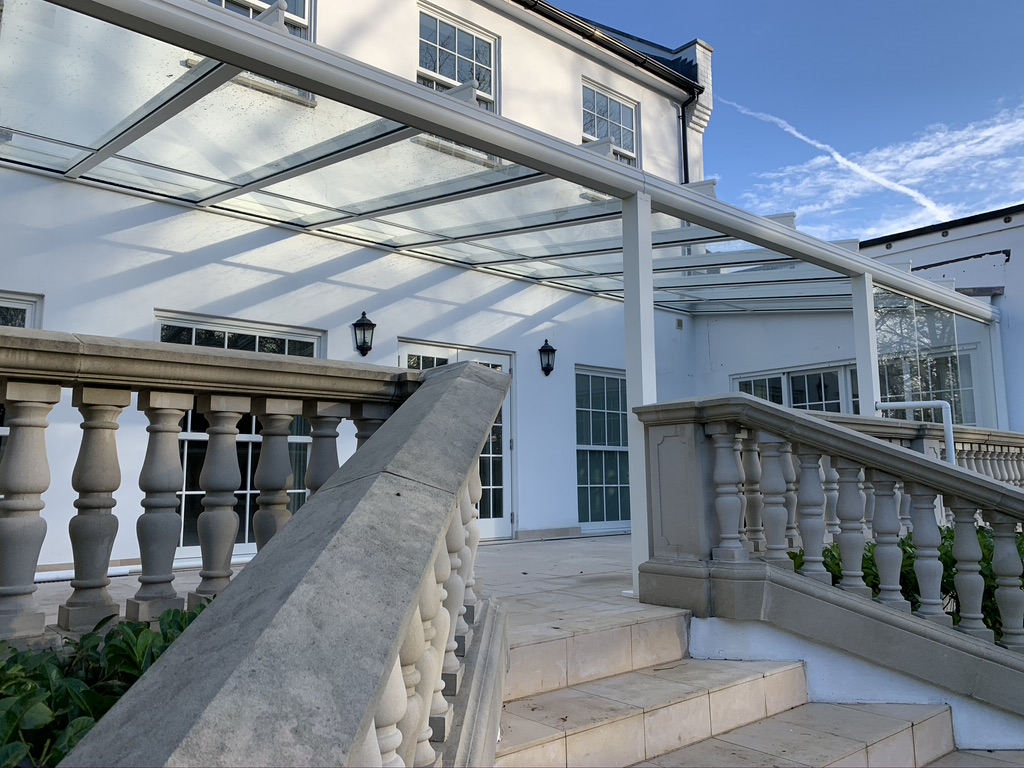 Glassrooms: are built with sturdy laminated glass roofing and single glazed glass doors that creates a space where the homeowner can enjoy the outdoors without having to worry about insects, other pests or the weather. 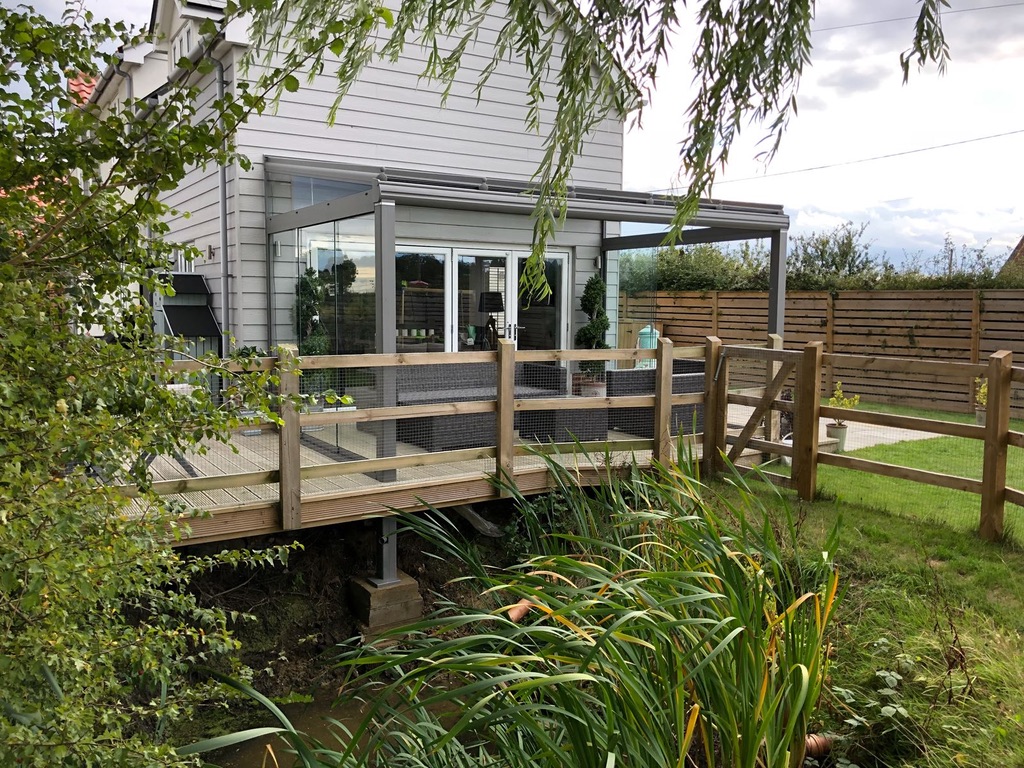 A glass sunroom that offers a beautiful view of a lush backyard adds more value to a property, as it is a home feature that most homebuyers in Fareham would not mind paying more for. Even though every situation is different, you would most probably get great return on your investments.

In a sunroom, you can enjoy the beautiful sun rays, wherever you might be in the room. Which makes it the perfect spot for enjoying a cup of coffee or tea while reading the morning paper.

The inclusion of a sunroom to your property, will immediately provide you with more outdoor living space that can serve different functions. A glass garden room can be used for hosting family and friends, enjoying the outdoors or growing plants. Looking for an addition to your home in Fareham? Why go for boring or generic when you can have the spectacular for your outdoor living space by installing a glass garden room?!

If you have young children or grandchildren, a sunroom can make a great play area. It is a spacious room that the younger members of your family can enjoy.

Is it possible to have heating in a sunroom?

Yes it can. There are a couple of heating methods that can be used in a sunroom. A more efficient method is to use compact radiant heaters to warm up people not the sunroom. These are powdered coated, so they can match the colour of your glass room and blend in seamlessly. 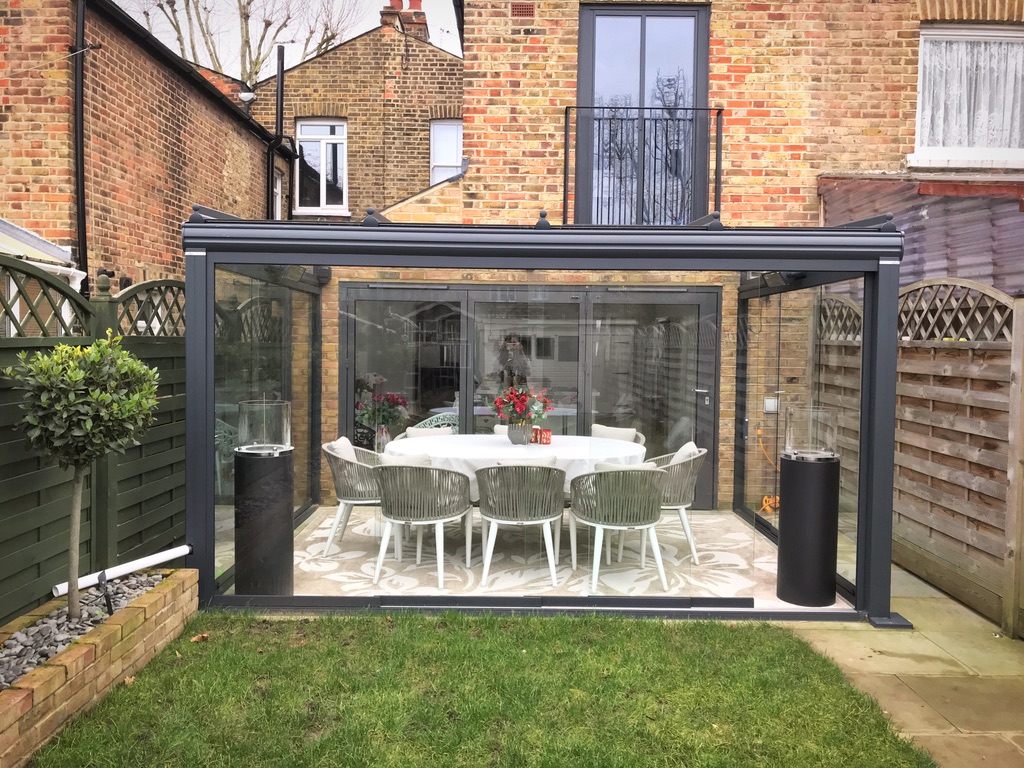 Cooling options for a sunroom

A glass garden room is constructed with sliding glass panels so, heat is not always an issue especially when a retractable roof shade is part of the design . In addition, you could also have a side shade that comes with an automatic sun sensor installed on the external parts of your sun room to follow the sun's movement. 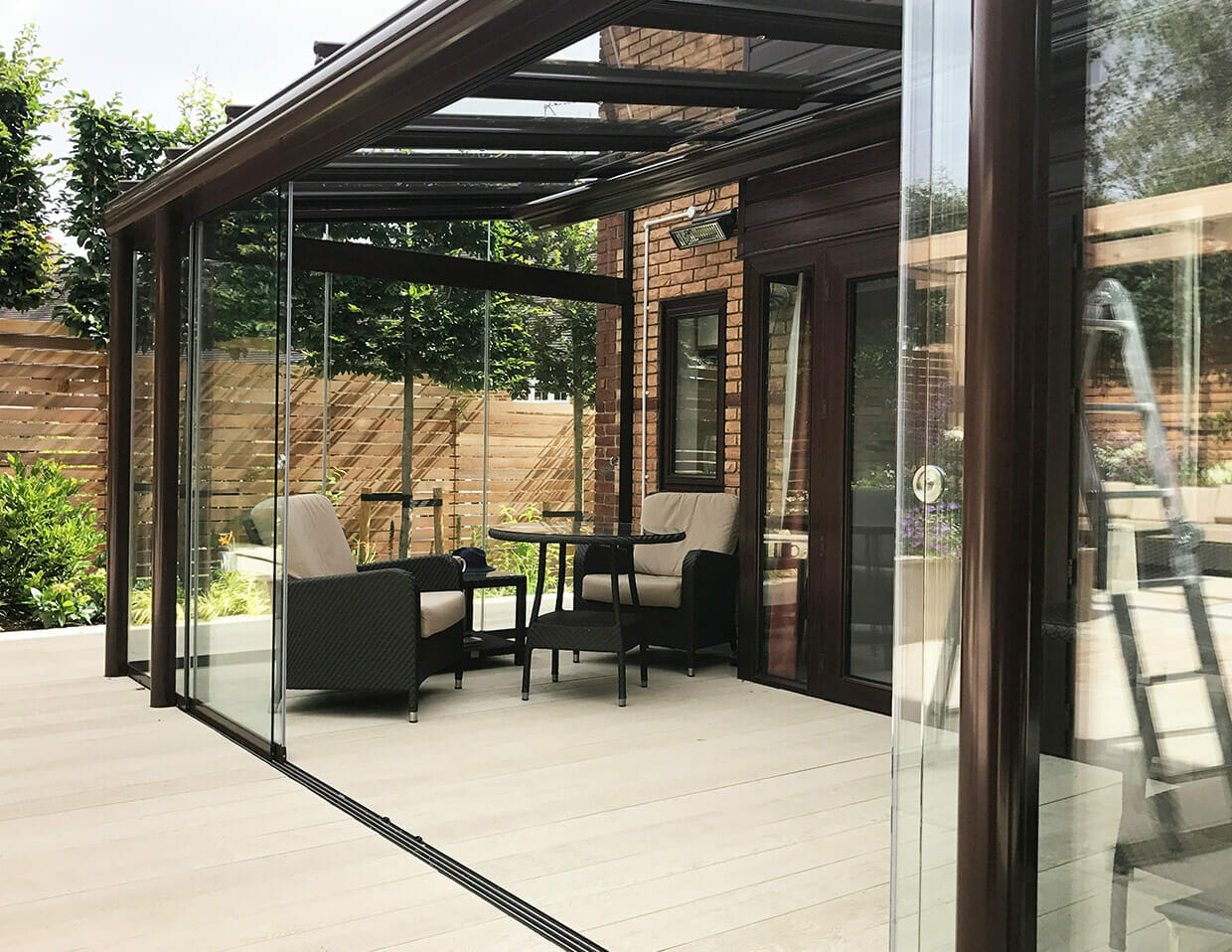 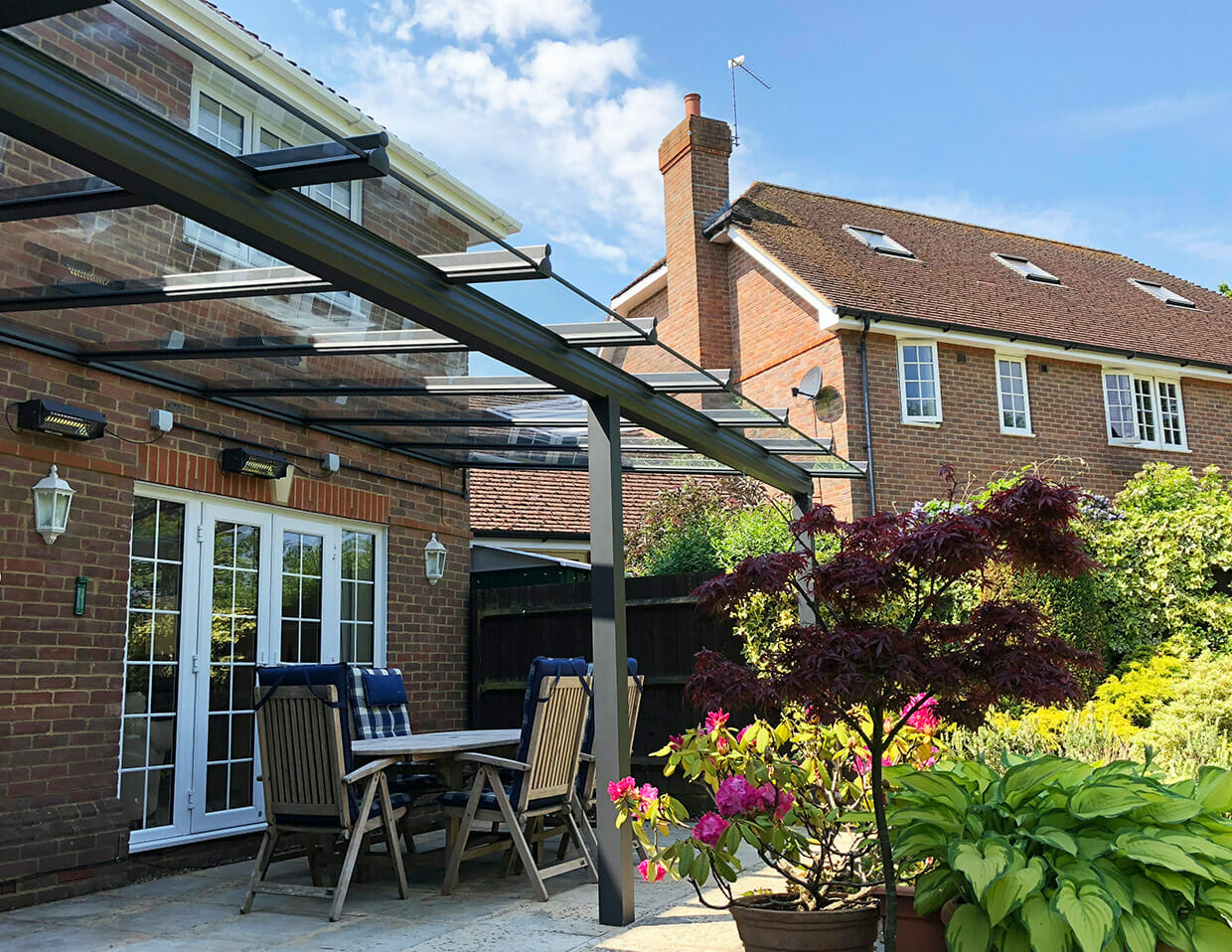 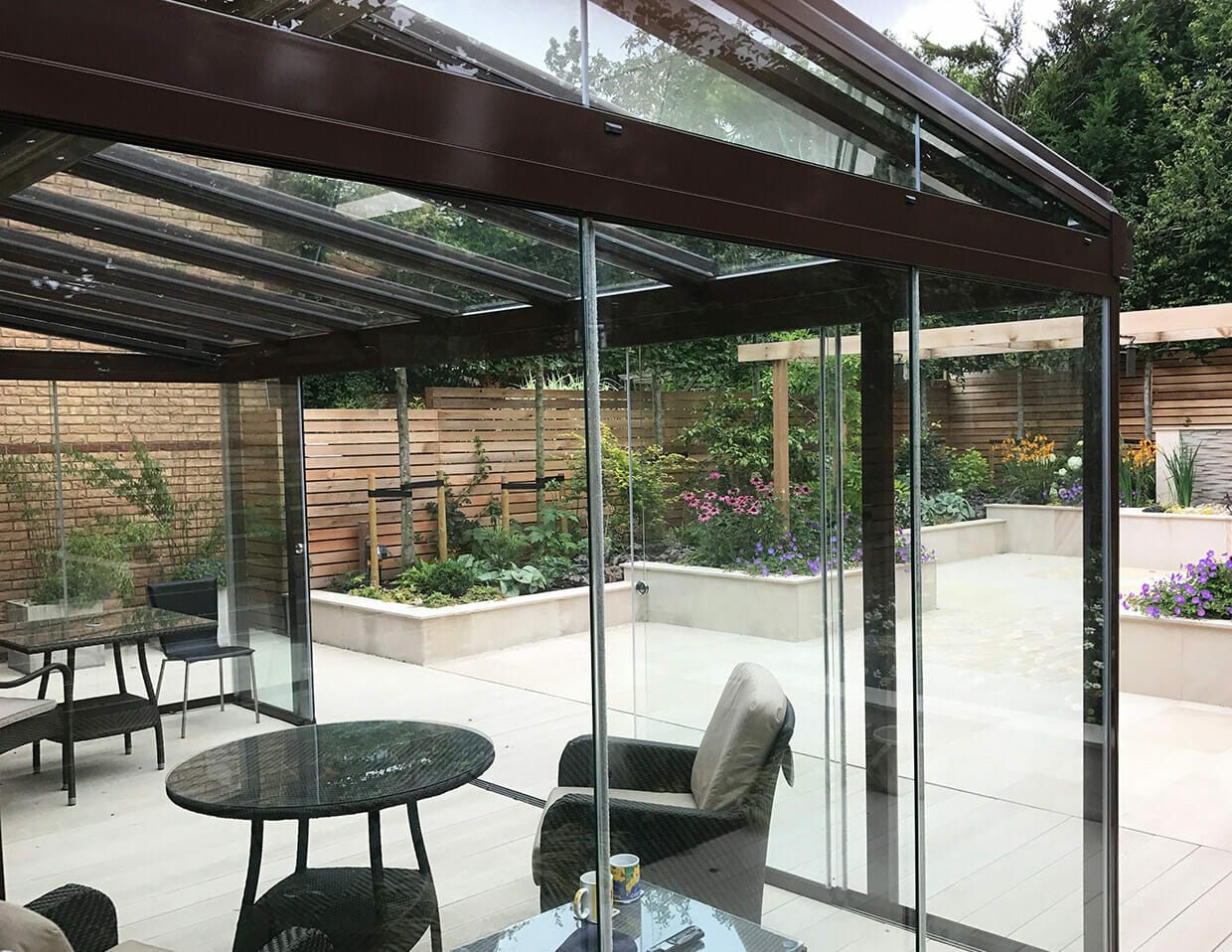 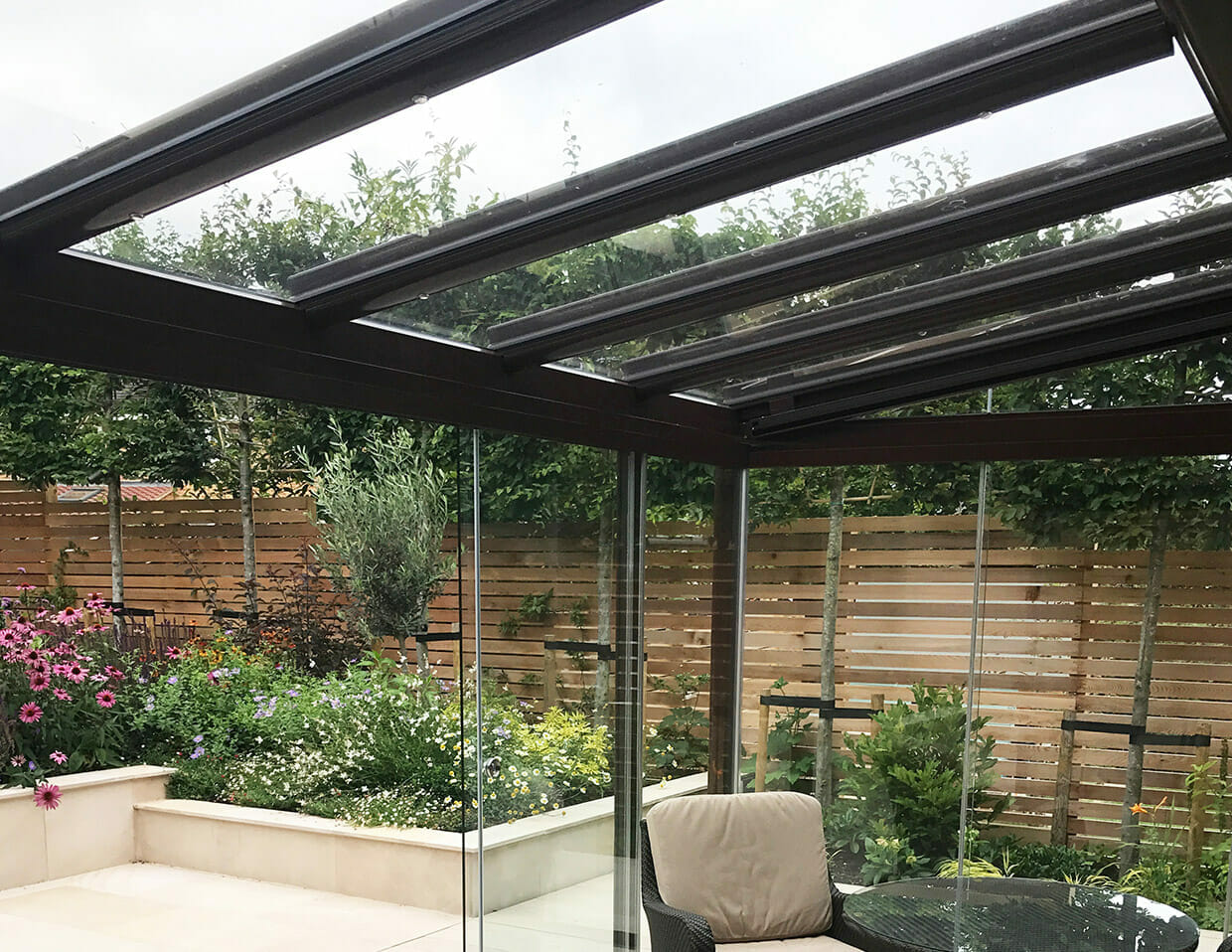 The Outdoor Living Group is proud to offer Pergola, Glass Rooms Installation services.
The Town of Fareham, lies within England in Hampshire.
Fareham's local attractions include Titchfield Abbey, Portchester Castle, and Westbury Manor Museum.
Located in Hampshire, Fareham forms part of Fareham in England.
Fareham is located in South East England.
The Town of Fareham parliamentary constituencies include Fareham (UK Parliament constituency).
The Town of Fareham additionally contains villages such as Titchfield, Stubbington, Funtley, Fareham Common, and Catisfield in its boundaries.
Fareham is formed by a number of settlements including Boarhunt.
The Fareham postcode district is Po14 - Po17.
Fareham has a number of schools in the area including Meoncross School, and The Henry Cort Community College.
Promoting cultural heritage in Fareham is the Westbury Manor Museum, and Portchester Castle.
Close to Fareham, Basingstoke are positioned immediately to the south of the Town.
Fareham reputation can be ascribed to its rich heritage including Portchester Castle, and Titchfield Abbey.
Blended into Fareham a number of buildings of national importance can be found including Westbury Manor Museum, Titchfield Abbey, Portchester Castle, College of Air Traffic Control, and Fort Fareham.
Churches in Fareham include Titchfield Abbey.
As well as The Outdoor Living Group, Fareham is home to many of Hampshire's leading businesses.
The Town of Fareham is home to a number of businesses including Northwood (estate agent).